It's amazing how time flies. It's been 3 years since The King of Pop left us. And it's been 25 since the first release of Michael Jackson's album Bad. As Sony did with Thriller on its 25th anniversary releasing a special edition. This time it's the turn for the multi-single album Bad. They call this edition Bad 25. 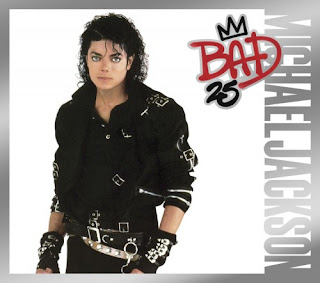 Bad was released on August 1987. And it's the album with highest number of released singles. 10 out of 11 tracks. (Any other pop star could/can do that?)

I started liking Michael Jackson thanks to Bad. I was only a kid when I was listening to my older brother's cassette tape. It was hard to catch his music videos on TV, but when it happened...man, that was pure magic. We both got excited in pijama hearing his Bad Tour from our bedroom window while he was performing in 1988 in FC Barcelona Stadium.

But that was 25 years ago. Now Sony is releasing Bad 25: A special edition which contains the original album, and a 2nd disc with unreleased tracks, demos (many of them you already might have heard), and some remixes. Tracklist here.

One of these remixes is Bad (Afrojack remix featuring Pitbull), which is still a shitty track even removing Pitbull's voice. But Nero's Speed Demon remix is good enough. Best of all, are the previously unreleased tracks, like 'Al Capone' which is clearly an early demo of what would become 'Smooth Criminal' and gives us back that feeling of the most inspirational and liked-by-all Michael.

The album will be released in many different formats: Double CD, vinyl, collector's edition... best of all might be the 4 disc edition containing the 2 CD's plus the Wembley Stadium concert from Bad Tour (yeah! when he still didn't lipsync in concerts!) in DVD and audio CD. 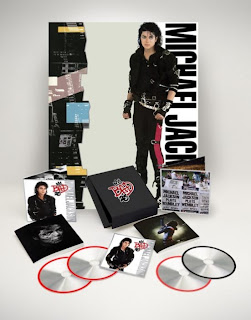 Movie direcetor Spike Lee presented his documentary of the making of Bad at the 2012 Venice Film Festival. Can't wait to watch it and get to know more little details and secrets from that great period from the great Michael.

And to make you feel even more nostalgic, here is a Bad album TV commercial. Enjoy.

Writer for the Korea Blog and supported by the Korean Culture and Information Service of the Ministry of Culture, Sports and Tourism